Fancy taking a sneaky peak at what your competitors are doing, here’s how… 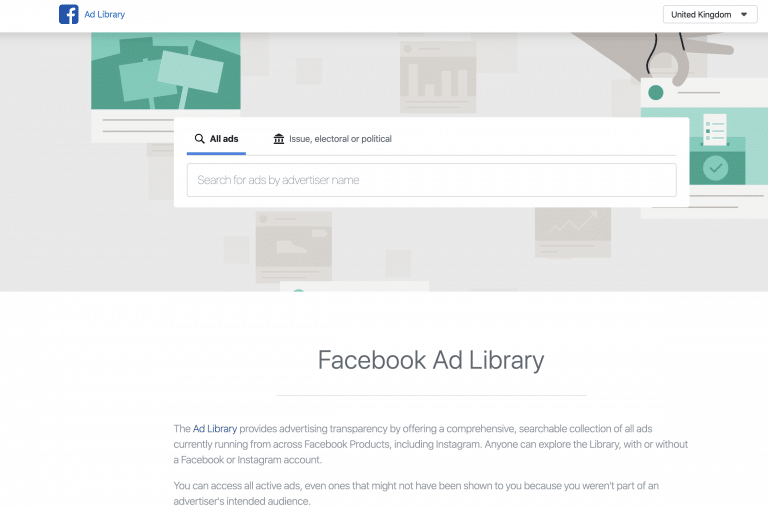 On March 28th, 2019, Facebook announced that they would be releasing a new page of their website that anyone who was a Facebook user could use. This allowed people to learn more about online advertising as it relates to politics and other social issues in their city, state, or country.

Within the Ad Library, you are able to see many different facts about these particular campaigns. From who saw the ad (gender and state) as well as how many impressions it received and how much money was spent.

At about the same time as the Ad Library was launched, Facebook Page owners started noticing a new tab on their pages – You may have as well. This was called the “Page Transparency” tab.

This tab features a list of information to better understand who owns, in this facebook page. Some of this information includes: 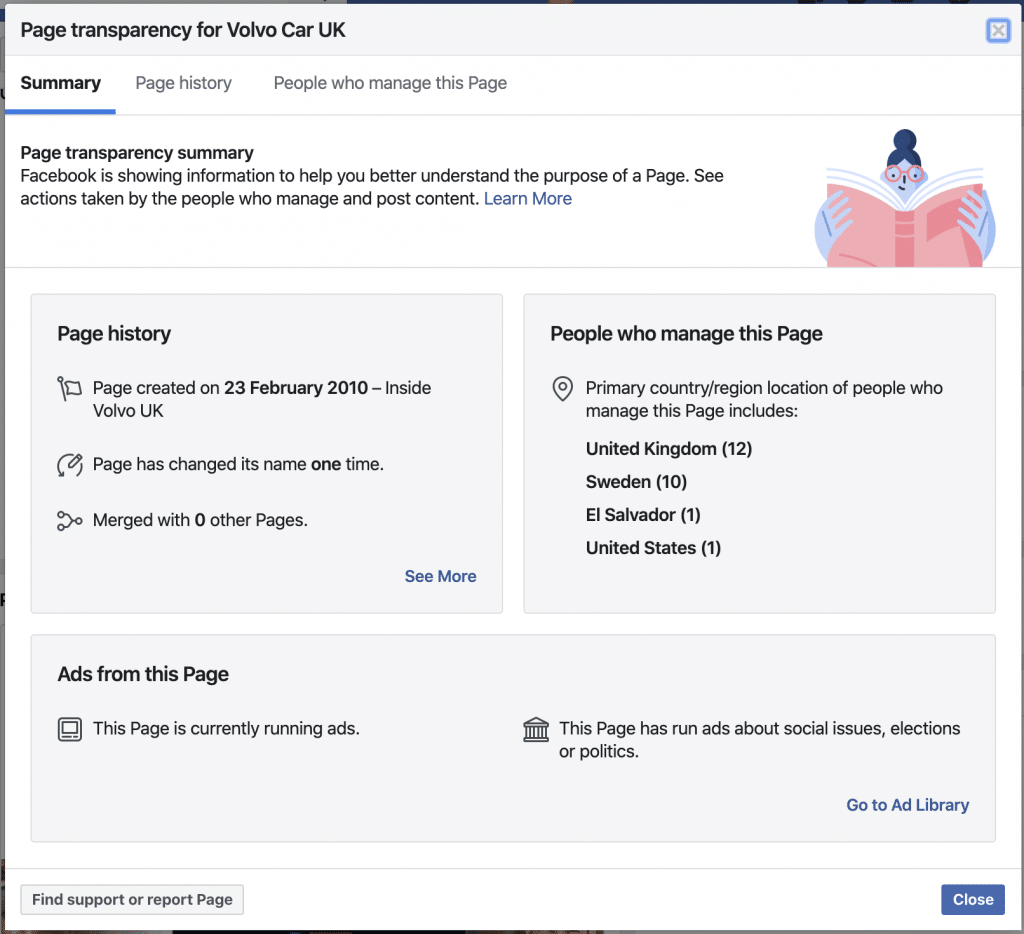 This section is also where you can get the low down if a Facebook Page is currently advertising on Facebook.

Here's how you view what Ads your competitor is running

For this example, we will be using a car brand, Volvo, who run hundreds of Facebook and Instagram Ads live at one time. This won’t be typical for every competitor you are targeting.

The first thing you will see in the header section is all the information you most likely saw on the Page Transparency window.

Unfortunately, I doubt we will ever get to see dollars spent on ad campaigns beyond social issues or politics.

Below the header you will find ever ad that is currently running for your competitors facebook page.

Ads are originally separated by the month the ad went live. This can show you quickly what ads are most likely effective – The older they are the more likely they are working for the brand. 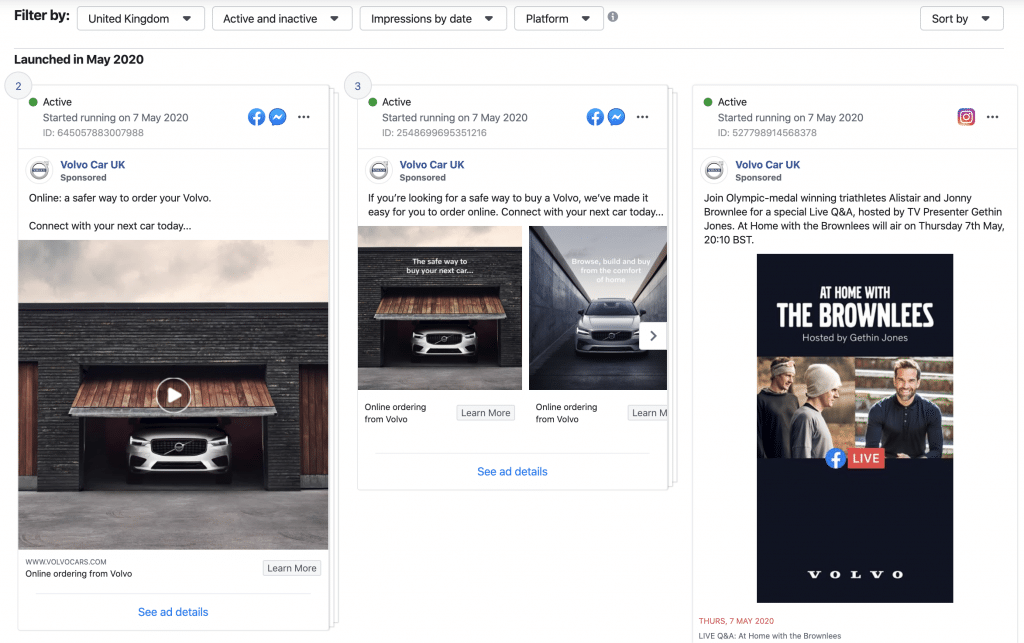 Google Rating
5.0
Based on 9 reviews

i4 Marketing
5.0
Anne Hoskins
11:01 08 Apr 20
I found Ashley very helpful and well informed. My sales have greatly improved.
Mike Douglas
11:20 14 Jan 20
Fantastic service. Vicky has been amazing to work with. We have seen a 246% increase in online revenue. Thanks to all the team at i4 Marketing
neil harrington
23:31 07 Nov 19
Ashley is skilled at understanding what customers want from a website and is very easy to work with.Importantly he is extremely responsive to any changes or issues. Thoroughly recommended especially if you are inexperienced in Web site design and need some guidance.
Sandra Fludgate
17:23 13 May 19
i4Marketing have been working with Permanent Beauty for 6 months now, they show attention to detail, good knowledge and have creative flair. We have seen a 32% increase in turnover. A fantastic return on my investment. I look forward to an ongoing relationship with i4marketing.
Simon Alfie
11:48 21 Jan 19
Ashley and Vicky have a been great to work with. If you are looking for a company to provide actual results from their PPC and web design spend- USE THEM! Fantastic, thank you so much guys
Andy Webb
13:53 08 Nov 18
Ashley and the team are just a dream to work with... great vision and ideas. Very flexible in their approach and i have to say the final product was outstanding. Would recommend them to everyone
Jenny Mather
08:22 26 Oct 18
The guys at i4 Marketing have provided profitable and transparent results while uncovering new areas of opportunity. A stark contrast to our previous agency.
Hugo Danford
19:21 08 Feb 18
Ash Hutton
19:14 08 Feb 18
See all reviewsWrite a review

Partner with us and get an overwhelming competitive advantage

Hello, my name is

and i work at

you can reach me at